Time To Move On

November 7th, 2020 was the day the Presidential election was called. I happened to be at Retro City Studios with my friend, drummer/producer Matt Muir that day. Most of the time I come in with a song or two ready to go, but I didn't have anything I was hot on recording this time. We had never recorded a cover, but Tom Petty's 'Time to Move On' had been rattling around my brain for a day or so, like an ear worm that needed attention. So Muir and I decided to do it. He immediately noted that we couldn't do it in the style of Petty, and I totally agreed.

So we started working out a groove. I found a minor chord progression that was definitely a departure from the original, and from there we laid down the acoustic guitar and a similarly adapted vocal melody. It pays homage to Mr. Petty's original, but we wanted to speak to the moment, and the moment was full of uncertainty. A heavy sadness has been with me from time to time in the pandemic year. In this instance, I think it was a combination of personal and collective sadness, stress, anger and anxiety, followed by a touchpoint of respite that day. It was the strange calm that underlies these very powerful emotions, and it was palpable for me. There's a balance to what we came up with, and I pray that our country can again learn to strike that balance, albeit at a much lower volume.

As has become the way of many recordings in the quarantine era, we did the rest of it remotely. Tom Gillam recorded his slide and electric guitar parts from Texas. Brendan McGeehan did his bass arrangement from his home studio in Philly, as did Barrie Maguire with his absolutely menacing guitar solo. Adam Flicker did play organ in studio. Those guys all hit the mark, then we mixed it at Kawari Sound.

Many thanks to 88.5 WXPN for giving it some spins, we really appreciate the support.

Hey guys, Matt here. Just wanted to let you know that we've been back in the studio this Spring working on new material. We have two new singles in the works... One bluesy, raw and angry, one up tempo and a bit more pop from what I'm used to writing. Keep ya posted <3 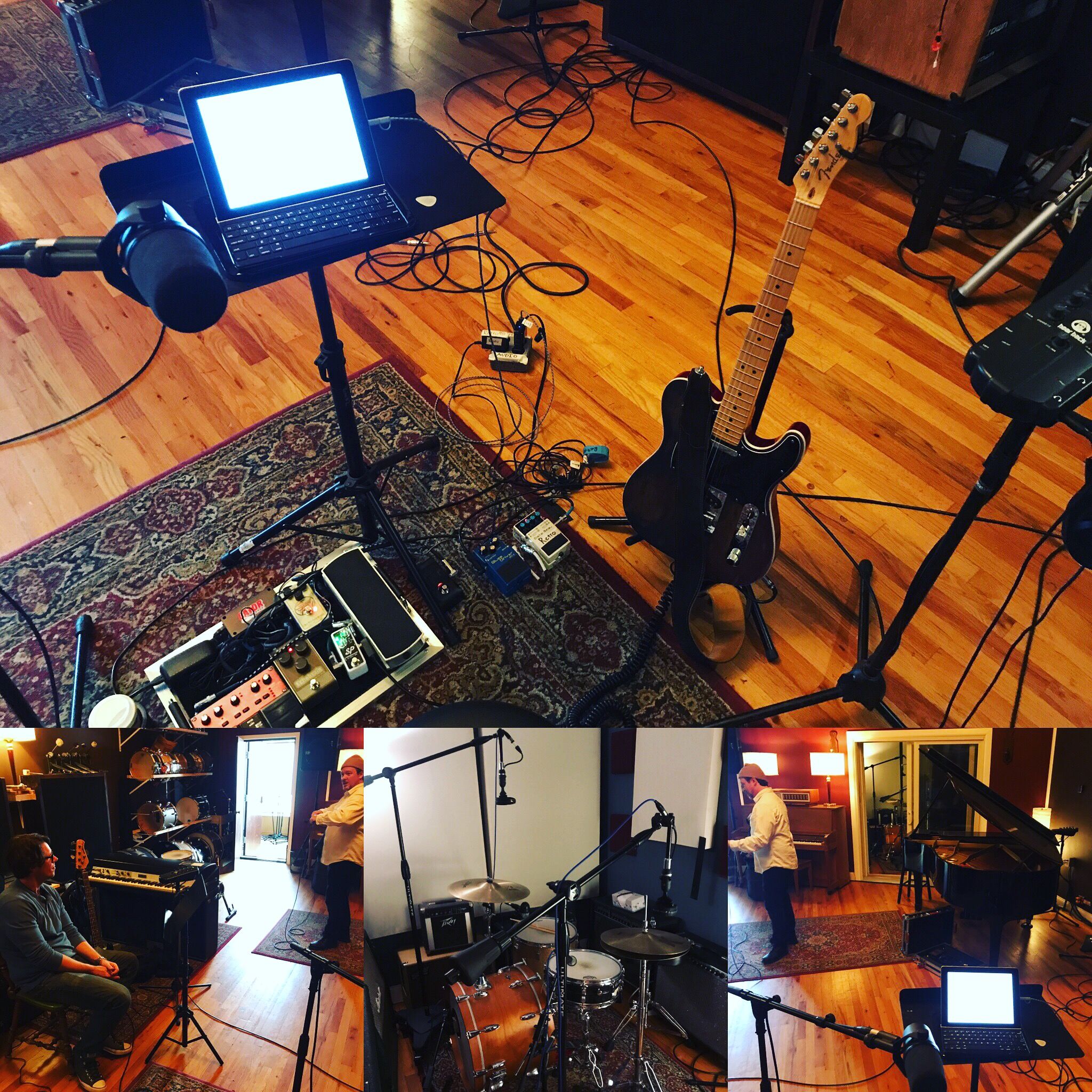 The Things We Tell Strangers will be our second full-length studio album. In June of 2017 we spent a week on the Northeast River in Maryland having a blast... oh yea and we made a record too. Produced by Matt Muir and Matt Spitko, the album will be ten tracks, including a couple of songs (Nightcrawler Blues, Still Rollin') that we'd been playing live for a few years but hadn't yet recorded. Plus all the new jamz. Talk soon - Happy Thanksgiving!!

New Recordings In the Works.

New tunes have been fleshed out and recording starts in June. Weeeeeeee! Here we go...

MattSpitko.com Gets A Mid-30's Facelift

Matt Spitko And His Unlikely Concept Album, At Love With War

Michael Paul Kidd of Rock On Philly asked me about At Love With War. Spoiler alert: I never thought of it as a concept album. But Mike did. Read the FULL ARTICLE